1965, New England. Orphan scout Sam Shakusky (Jared Gilman) writes a letter to his penpal girlfriend, Suzy Bishop (Kara Hayward). They agree to meet in the meadow, and go on a trip. The alarm is raised by scout captain Ward (a fantastically geeky Edward Norton) and Suzy’s parents, Frances McDormand and Bill Murray. The two runaways embark on a journey to a secluded cove, pursued by island officer Captain Sharp (Bruce Willis), Social Services (Tilda Swinton) and fellow Scout Captain, Jason Schwartzman, along with the family.

The film has a vintage-feel visual, and a stunning soundtrack featuring a score from Benjamin Britten. Of course, you’re rooting for the damaged and somehow still naive youngsters as their love blossoms beside the campfire. It gives that illusion of childhood, of being able to do anything in the endless summers of childhood. Interesting subplots include the uprising of the other scouts, and an interesting affair between lonely Mama Bishop and Captain Sharp.

Building to a rather surreal climax, the rescue party burst in on the church play and become trapped, ark-like as a storm rages outside.  As is typical of Wes Anderson, the characters’ situations are resolved to a point- but the ensemble are different to when they began. 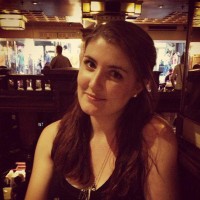