Books. Words. Stories. Fact, or fiction, when reading a book, you are transported to a different world, a different dimension even. You discover new things, you develop your imagination, you force yourself to think, or are perhaps forced to think by the author’s content (or by that english teacher who nagged you all the time? Note, I loved my English teachers!). All this being said, I love to read.

You can imagine the huge grin on my face, when I discovered that Singapore has an annual Writers Festival for readers to “celebrate the wonders of the written word in all its diverse forms (Paul Tan, Festival Director).The events, whether they were performances, talks, Q&A sessions, or workshops, were packed into a time span of 10 days during the month of November in 2013. Featuring award-winning names such as Carol Ann Duffy (who I studied during my GCSEs!), to AC Grayling (notorious for his views on atheism and religion), I was determined to obtain my free all-access pass!

The theme for the Singapore Writers Festival 2013 was Utopia/Dystopia. To quote Philip Jeyaretnam, the Chairman of the Steering Committee, “In today’s new age of apparently limitless technology (Google Glass, pervasive CCTV and Big Data) coupled with serious and growing environmental challenges, we swing from envisioning Utopia to dreading Dystopia”. There were over 70 international writers, and 120 Singaporean/locally based authors represented at the festival in 10 days. My main concern? Given that I have a full work day, I had no idea how to attend all the events…so I picked my top 4 events: AC Grayling, Jung Chang, Fatima Bhutto, and Mohsin Hamid.

Here is a little bit about each event:

Set up in the style of a lecture, Grayling presented us with much food for thought. One of my favourite parts of the talk (aside from when he commented on how epic his hair was), was when he spoke on reflective readings, i.e. reflecting on the things we read in order to have a more educated response to the world around us. We learn from everything around us, and therefore perhaps have a better chance of living a better life if we are more aware. He also touched on challenging our assumptions – of others, of society, of ourselves. In true Philosopher fashion, he did discuss every philosopher from Socrates, to Plato, to Aristotle, to Camut. It was an extremely intellectual discussion, but very thought-provoking nonetheless.

Getting my book signed…and oh, the hair.

Jung Chang is the bestselling author of Wild Swans (1991) and Mao: The Unknown Story (2005, with Jon Halliday), which was described by Time Magazine as “an atom bomb of a book”.

Jung Chang, telling us about her childhood.

Both her books are banned in China, for they speak ill of Mao and his regime. An eloquent speaker, she took her time to think, to reflect, and to help us to understand a little of what she went through, growing up in Mao’s time. As a student of international relations, I have always been interested in Chinese history and politics so this talk was absolutely fascinating. My favourite part, aside from listening to her experiences of growing up in a time I have only read about in textbooks, was the pictures which had been dug up from archives all around the world that are not easily accessible to the public.

Born in Kabul, Afghanistan in 1982, Fatima Bhutto is the author of the memoir Songs of Blood and Sword and The Shadow of the Crescent Moon, her debut work of fiction set in Pakistan’s tribal areas. Most people probably know her not as an author, but as the niece of Pakistan’s 11th Prime Minister, Benazir Bhutto, who was assassinated in 2007. This event was mostly a Q&A session and Bhutto spent some time explaining to us that although Pakistan is not portrayed well in the media, Pakistan is actually very open to the arts, and a syncretic nation, contrary to popular belief.

Sitting in the front row has it’s perks 😀

The book, which I only read after watching the movie, was COMPLETELY different to the film. That being said, both were fantastic in their own ways. Aside from the actual plot, Hamid’s style of writing is what caught my attention, and he touched on how he writes during his talk. Hamid believes in a style of writing that allows the reader to make up their own mind, to form their own opinions, and to judge for themselves. In doing so, we create our own realities.When I was reading the Reluctant Fundamentalist, I really did have to come to my own conclusions about many parts of the book – and although a lot of people may not like this style of writing, it was definitely interesting because there were so many different conclusions that you could come to.

To conclude, I have a few observations in retrospect, on the festival, and on the art of reading a book:

By doing a mental tally at each event, I noticed that there were barely any young people present – the audiences were mostly made up of people in their 40s, 50s, 60s, and a scattered few in their 20s and 30s. That was very surprising to me. Being a 22 year old, I always seemed like one of the youngest people in the crowd.

Has the art of reading skipped a few decades?

What do you think?

Or maybe it is just people in Singapore. You can find people in Singapore always doing something on their smart phone at any time of day – watching a drama on the bus ride home, talking to people, texting friends, surfing the internet. On my one hour commute home in the evenings, I rarely see anybody reading a book. I realise I can’t generalise, but perhaps people don’t actually find books interesting anymore. (The horror!) Maybe it is just me, but as much as I love reading on my kindle (the one with the pearl ink display which looks just like paper), nothing beats a real page-turner (pun intended)!

Here are some of the books I got – the best part is, they are all signed!

After all the excitement this year, I truly look forward to attending the festival next year. Hopefully the festival will take place over a longer period than 10 days so I can attend more events!

For more information about the Singapore Writers Festival 2013, check out their website.

*All pictures were taken by me, or by my camera. Please do not use without permission. 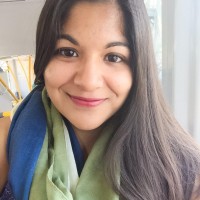