Keira Knightley, Sam Worthington, Eva Mendes, and Guillaume Canet play the main characters in Massy Tadjedin’s film Last Night (2010). The film looks at one night in four people lives. Joanna (Keira Knightley) is married to Michael (Sam Worthington), Truman (Guillaume Canet) is a man Joanna used to be with few years ago, and Laura (Eva Mendes) is Michael’s colleague. Michael leaves for a business trip with Laura, and Joanna meets Truman on her walk to a shop in the morning. Both of the couples have this one night. It is not cheap representation of temptation; rather it is a sophisticated story about love, temptation and fidelity.

In the well know TV – series “Sex and the City” Carry Bradshow asks: ‘Where does love go when it is all over?’ The reunion of Joanna and Truman for one dinner and spending the night together shows that love never leaves. It is simply transformed in different feelings.  Even hate is a result of love. You do not hate one just out of the blue. Michael cheats on Joanna with Laura, and he really regrets it. We all are more or less moral human beings, who know that cheating on someone is wrong, but let’s be honest, it does not mean that we never tempted.

Joanna’s and Truman’s story unfolds differently, since they go to dinner, meat Truman’s friends and end up talking why things did not work between them. You get a lot of sentiment out of their conversation. She asks why he stopped replying to her emails, and all he can say is that it was not enough. In a romantic film manner they should stay together after all, right? He has his flight next morning, and he leaves and she stays. Joanna is crying when Michael arrives, they don’t talk about last night. This is the real moment of truth without saying a word.

There is this myth about the ‘one’, who will make you happy. It is the outcome of romantic films – till death tears us apart. I do not want to imply that is something bad or wrong. However, we should not forget that love has various forms, and as this film shows, there are reasons why we are in relationships and why we break up, and why we love someone at all.

Previous post The Kooks - She Moves In Her Way 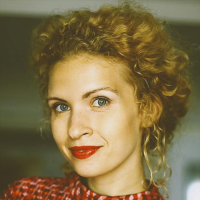