On DVD: The Immaturity of The American Male

In my Netflix queue, a bunch of independent movies about the immaturity of the American Male. And a movie about a woman who wants to speak in tongues. 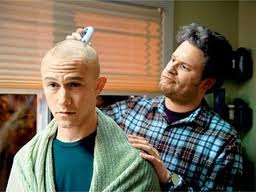 A very enjoyable comedy with Seth Rogen and Joseph Gordon Levitt, about Adam, a young guy who discovers he has cancer (Levitt, who is excellent) and his best friend Kyle (Rogen, very funny), who does not know exactly how to deal with such news. Writer Will Reiser and director Jonathan Levine sustain a wonderful, melancholy comic tone without sentimentality. Gordon Levitt gives a very sympathetic and wise performance as the young man with cancer. I didn’t think he had it in him, but he is very compelling here. It’s a funny, sweet, unsentimental cancer movie that works (no small feat), and everybody is endearing in it. 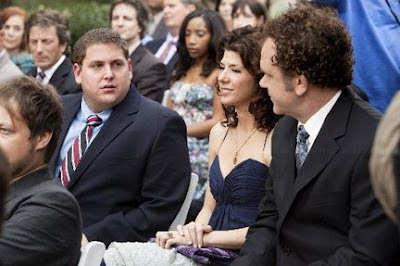 The Duplass Brothers’ dark, well written, disturbing comedy about, what else, men who won’t grow up, and something more interesting: people unable to establish emotional boundaries. People need limits. The cast is magnificent in this very creepy comedy about John, (John C. Reilly), a loser shlub who has been divorced from Catherine Keener for seven years and still can’t get his act together. She is getting married, but he is still super needy and oblivious of her privacy, and she allows it. He meets Molly (Marisa Tomei), who he can’t believe is even looking at him, and they fall in love. But Tomei turns out to have a 21 year old son, Cyrus, a creepy man-child, (the excellent Jonah Hill), in what has got to be the most disturbing mother-son relationship in a comedy (except maybe for Fatso with Anne Bancroft and Dom DeLuise, remember?). Cyrus is solipsistic, narcissistic and way spoiled by his sensitive mother, who thinks he’s made of glass and tries to protect him from everything, unaware that he is quite ruthless in his possessiveness. Of course, when John threatens to take Mommy away, they both fight like the overgrown children they are. This is another very well balanced exercise in tone, combining truly dark, uncomfortable oedipal stuff with pitch perfect humor and a nice streak of awkward human drama. 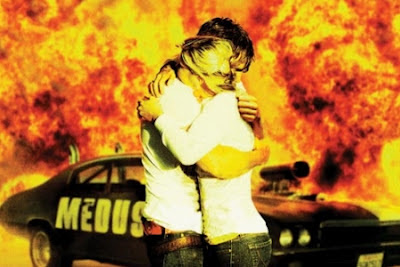 I hated this movie from the opening frame, but I could not stop watching. This is an overwrought, underbaked, inarticulate, silly movie about some sort of subculture of young white hipsters without jobs or brains that I’d be happy to draft to a foreign war. Guys who build flamethrowers and soup up cars and think it’s endearing to drive to Texas on a date to eat at the worst roadside joint in the nation. I assume it aims to be some sort of nihilistic fable but it’s more like lame, violent mumblecore, and possibly the film with the most utterances of the word “dude” in the history of cinema. With so many talented young actors desperately looking for work, Evan Glodell, the writer-director, who is also the protagonist, and nowhere near an actor, is incapable of casting but the most obnoxious, uninteresting actors for the job. Or maybe those are the only ones who wanted to participate. Nobody in this movie has a personality. That, in and of itself is creepy. 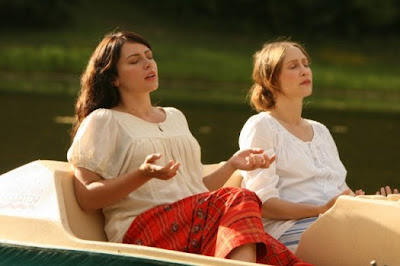 The impressive directing debut by actress Vera Farmiga, about life in a hippie evangelical sect. She plays a woman who wants to feel the spirit but somehow can’t. The movie is well observed, very well acted, and very sympathetic, starring a bunch of wonderful NY stage actors like Donna Murphy, Nina Arianda and Norbert Leo Butz.  A rambling but fascinating look into the experience of faith among the faithful.

Next post Charles Bukowski: Love is a dog from hell