Nothing is worse than being stuck in a Musical Rut.  We’ve probably all been there at least once within the past year.  For me, it’s like I hit a stage where all the music I hear starts to sound the same or it’s just been over-played so many times I could sing that song at a karaoke party and knock it out of the park.  So after much desperation, I set off on a mission to find something that I had never heard before.  And this, ladies and gents, is what I stumbled across quite accidentally.

Jack Savoretti sounds refreshing- he has his unique take on the world and relationships (the things a listener generally wants to hear about, right?) and yet I want to recognize his husky voice that is fraught with emotion.  Harkening the days of David Gray circa ‘Babylon’ and with a soulful rasp that Paolo Nutini found a few years back, Jack has come out with underrated hits such as ‘Take Me Home’ and this track, ‘Not Worthy’.  I’m just warning you now, all it takes is one listen and you can be singing this for the rest of the day!

Raised between England, Switzerland, and Italy, Mr. Savoretti has carved a space for himself that he finally feels is where he ought to be.  He has been quoted as saying that Before the Storm (the album this track belongs to) feels like his first album, comparing his first two to his “education and college years” and this one to his first real job.  If that is the case, I think he found his calling.

I hope you enjoy this track as much as I did- it ended my Musical Rut, so maybe if you are stuck as well it can do the same for you!

Happy listening and much love, 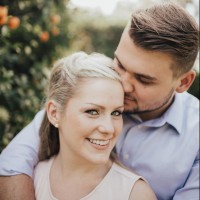