The Hollow Crown is an adaptation of Shakespeare’s ‘Henriad’ which follows the story of the three English kings, from the downfall of Richard II to the ruling of Henry V. In the anticipation of the London Olympics the BBC has released a very special series of four interconnected films celebrating British cultural and historical heritage.

Although it may look a little pretentious as the four plays don’t fall into the category of Shakespeare’s most known, and so the producers had some extra weight on their shoulders of making it accessible and admirable to those who aren’t familiar with the plot, even so they executed their task brilliantly.

First of all, the cast is an impeccable collection of the best British cinema has to offer, including Jeremy Irons, Tom Hiddleston, Simon Russel Beale, Ben Whishaw and many more familiar faces, sometimes in brief and surprising appearances, such as Geraldine Chaplin and John Hurt.

Second, they stayed as true as possible to the original plays and staged them relying strictly on the dialogues, as it could’ve been done in theatre, hence each episode is two hours long. Of course the lack of consistent action on the screen might not seem like an advantage for a movie, but you can’t complain as there’s hardly any scene that doesn’t captivate you with the tension created between the characters, fascinating settings and costumes, and a lot of times with cheerful and scathing humour – the aspect that many forget to expect from a Shakespearean tragedy.

In brief, the plot is centred around royal intrigues, rebellions and battles, but although these are the gears that drive the story forward, none of it is exactly the most crucial subject. For instance, Henry IV is mostly made up of young prince Hal’s (Tom Hiddleston) debauchery in a filthy inn being accompanied by thieves and rascals that he calls friends, playing pranks and getting shamelessly drunk, and that’s when his father the king (Jeremy Irons) needs him to be responsible the most as the rebellion is rising against them. It touches on many subjects concerning family, the idea of a good ruler and, typically, honour. Clearly, it culminates in a physical battle, often in someone’s death, but what we see as the result above all is always the character’s growth and transformation. 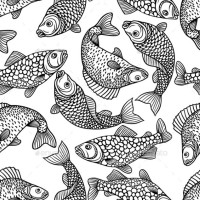