25 Years On: Remembering the Berlin Wall In 1989 when the Berlin Wall fell, I was in my final year of high school and just finishing my end-of-year exams. I vaguely remember clips on the evening news of this momentous moment in world history.

On 9 November 2014 Germany commemorated the 25th anniversary of the fall of the Berlin Wall. Eight thousand illuminated white balloons made for an impressive sight as it traced the route where the wall used to stand.

Do you remember that moment in history?

Do you remember the crowds of people scaling the wall and jumping to freedom?

Do you remember the ‘wallpeckers’ – those who started eagerly chipping away at the wall?

Do you remember the joy, the smiles, the laughter and the victorious cries that emanated?

Do you remember thousands of exuberant Berliners rejoicing and families being reunited as Germany stood on the brink of reunification?

A visit to Berlin: In August this year I was fortunate to find myself in Berlin, a city so rich in history. I found myself walking through the iconic Brandenburg Gate, once the most famous symbol of the ‘Iron Curtain’ during the Cold War, and after the fall of the wall, its symbolism switched to one of freedom.

I find it incredibly hard to get my head around the fact that this happened in our history. How something like a concrete wall could be built to separate a city; how a controlling government could by force imprison people; and how people’s freedom and liberties could be snatched away from them to the point where they were gunned down in their desperate attempts to escape to a better life. It confounds me.

I find it hard to believe that just over 25 years ago, I would not have been able to pass through the Brandenburg Gate into the east side of Berlin, and if I did I would have been walking through a very different environment and landscape.

While the idea had been brewing for a while, the SED (Sozialistische Einheitspartei Deutchlands / Socialist Unity Party) reassured the public that “no-one has any intention of building a wall”. These words were uttered by Walter Ulbricht, Chairman of the State Council of the German Democratic Republic (GDR) at an international press conference in East Berlin on 15 June 1961. A mere two months later, on 12 August 1961, the same Walter Ulbricht gave the order to seal off the Soviet zone border (after World War 2 Berlin was divided into four sectors – American, British and French (Allied Forces) and Soviet).

In the dead of night, police and combat groups ripped up the streets of Berlin, drove concrete posts into the ground and erected barbed wire barriers.

Having received no warning, Berliners awoke on the morning of 13 August to find that overnight their world had changed. Stunned Berliners on both sides of the wall, gathered at the barriers, now guarded by armed police and combat groups. Shock gave way to despair as the reality of what had just happened settled over the city.

Soon the barbed wire was replaced by a concrete wall measuring 155km in length with rounded piping at the top to make it difficult to get a grip for those trying to escape. Fortifying the border was an elaborate and costly affair. It required electric fencing, watchtowers, lighting, checkpoints, spiked grids (known as ‘Stalin’s Lawn’), tripwires, anti-tank obstacles, anti-vehicle trenches, an alarm signalling system, a patrol route for military vehicles, a patrol communications system, dog runs, and lastly, thousands of police and armed forces to patrol the wall. The cost of keeping citizens prisoners nearly bankrupted the GDR. Despite this, stubborn politicians would not remove the wall. Madness. That scribble of graffiti on a portion of the wall that remains succinctly sums it up. Photo: Deevra Norling A portion of the wall that remains today at Potsdamer Platz. Chewing gum is stuck all over it. Photo: Deevra Norling

Life in the GDR:

Life in the GDR was communism perfected. The name alone is somewhat of a misnomer – German Democratic Republic – there was nothing democratic about this communist regime.

I visited the GDR/DDR Museum and took a fascinating tour through what life was like in the GDR. I was astounded at the level of control. The bright and garish Trabi World in Berlin – where you can take a Trabi (voted one of the world’s worst cars) for a drive. Photo: Jaysmark – Flickr/Creative Commons

The SED tried to drum up patriotism by promoting the Trabi as a big success of socialism – a small affordable car produced relatively cheaply and entirely in East Berlin (the East German version of the VW Beetle). In reality, the Trabi was a clunky contraption, poorly made of inferior materials, reaching modest speeds of up to 100km per hour, and it was not unusual for buyers to wait ten years or more to receive their car. It coughed and spluttered while spewing plumes of smoke out its rear-end. It was, in fact, a spectacular failure! Günter Litfin, age 24, is the first escapee to be killed. Photo: From the book The Berlin Wall Story by Hans-Hermann Hertle

Günter Litfin was the first to fall. He was shot during an escape attempt on 24 August 1961. At Humboldt Harbour he jumped into the canal and swam for his life. He was a few short strokes away from the West, when a border guard with a submachine gun fired a round. Günter was hit in the head and his lifeless body pulled from the water.

Sadly, he would not be the last. One hundred and thirty six people lost their lives during escape attempts. The ‘death strip’ (the heavily guarded and well-lit area between the outer wall and inner wall) made it easy to spot and shoot at escapees.

Many, however, did succeed. As the years went by, escapees and escape helpers from the West, developed smarter ways to escape. An escape in a wooden cable drum The Trojan Cow – hid escapees in the belly of a display cow. Only two people escaped this way. By the time the cow went back and forth across the border for a third time, guards became suspicious and captured the third person. Photo: From the book The Berlin Wall Story

Escapes through the underground sewerage system, forged passports, digging of tunnels and hidden compartments in vehicles were common. More ingenious methods of escape included hiding in a wooden cable drum, floating over in a handmade hot air balloon, flying over in a small light aircraft, and even the ‘trojan cow’ – a cow built as a display item where the escapee could hide in the hollow belly of the cow. Bomb attacks on the wall and attempts at driving cars, busses and even a bulldozer through checkpoints were the more overt attempts. The Berlin Wall divided a country, separated loved ones, reduced the quality of life for millions and instilled fear for 28 years. These days all that remain is a cobblestone line to indicate where the wall used to stand.

The part of the story that really makes me shake my head in disbelief is that many of the citizens of the GDR clearly showed their lack of support to their communist government. Part of the reason the wall was built was in response to millions who emigrated to the West (between 1949 and 1961 around 2.5 million people fled from East to West).

To stop the exodus, they constructed a wall that held millions captive against their will and tried to force loyalty and patriotism from people. Even when one escape attempt after another further proved that people were ‘voting with their feet’, they still persisted. At no point did it hit home that you cannot force acceptance and loyalty.

As I was in Berlin in August, I was two months too early to join the 25th anniversary celebrations. Nevertheless, I am privileged to have visited at all and to have walked the streets, placed my hand against remnants of the iron curtain and ponder upon how the world allowed something like this to happen and moreover, to prevail for nearly three decades. Once a structure that divided a nation. Today a comfortable resting place! A cobblestone line now runs through Berlin showing where the wall used to stand. 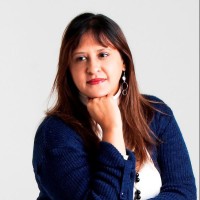