Beyonce Talks About Equality – In Her Pants

All forms of media are now much more democratic than in the past; anybody, it seems, can be a photographer, write a column, blog or tweet. The birth of the internet and the advance in new technology means that now everybody can have their say; nothing is authoritative anymore and the journalist, the reporter, the presenter have lost their god-like status as gatekeepers of the ‘truth’; we have all become producers.

Discussion can now be exchanged within a few clicks of a button, across the world, any time of day or night. Static stories have turned into, a literal web.

Stories are written about other stories. Fact has morphed into opinion. We now see agendas more clearly in terms of political beliefs, age, sex and culture.

The above can be illustrated by looking Hadley Freeman’s recent column (featured weekly in the Guardian newspaper), in which she exposes the irony inherent in Beyonce’s interview where she talks about gender inequalities in GQ magazine and her semi-nude photos alongside it.

Freeman’s attack on Beyonce mainly stems from the inherent irony of the superstar discussing inequality of the sexes in her interview when, next to it, there were seven photos of the superstar wearing nearly nothing. Freeman’s argument has validity and struck a chord among many Guardian readers (liberal, middle class female readers?)

The importance of photos – a picture tells a thousand words.

Beyonce’s words become undermined by her actions (like many of her music videos singing about female independence).

This is common of much of the mainstream media: on one hand it lets us decide for ourselves, letting the readership decide for themselves with the evidence put directly in front of them but on the other hand there are other motives at work: to interest and engage its readers and increase circulation by any means possible.

The Daily Mail frequently uses this technique: we are told how terrible Kate Moss looks now after years of smoking and abusing her body but prints the pictures all the same so we can all gawp at Kate’s self- evident ‘abuse’ for our own amusement.

For Freeman, Beyonce’s photos reinforce the patriarchal status quo: say what you like as long as you play the game.

‘It doesn’t matter how successful, powerful or smart you are – all that matters is how sexually available you are willing to make yourself look.’

We must look at the article in terms of audiences: Freeman has spoken recently about some women taking offence at her article because she is white and they are black and who the hell is she to judge a black woman’s celebration of her beauty? This has now become a cultural argument too. Blogger B wrote (a young black woman) ‘ do I catch the tiniest whiff of white privilege here?’ So an article on the theme of one’s sex has actually turned into into an argument about race and background.

To quote the A list star, in the original interview Beyonce states:

Equality is a myth, and for some reason everyone accepts that women don’t make as much money as men do. I truly believe that women should be financially independent from their men. And let’s face it, money gives men the power to run the show. It gives men the power to define value. They define what’s sexy. And men define what’s feminine. It’s ridiculous.

It’s all very akin with B’s number one singles ‘Girls – who Run the World’ – where there’s a lot of hullabaloo about ‘girls’ running everything with no real bite. It’s basically a lot of hot air

But Blogger B disagrees and accuses Hadley Freeman of ‘slut shaming’  Beyonce; attacking another woman for behaving like a slut – when actually she is ‘reclaiming her own face, her own body and her own brand.’ In fact, Blogger B quips that instead of analyzing Beyonce’s argument she too, is falling prey to the media machine and is talking about her underwear instead. It seems none of us can resist the star’s knickers…. ‘Beyoncé is defining sexy–not the other way around.’

But can you ‘define sexy’ when you are also participating it – and not only that – but participating on somebody else’s terms?  The real answer lies in who is benefiting ultimately.

The cover of GQ features Beyonce in knickers in a suggestive pose with the strapline splashed next to her ‘The world’s 100 sexiest women – starting with Beyonce…’ (note the cover didn’t feature her groundbreaking comments about equality).

Although Beyonce’s contradictions do border on the ridiculous it could also be seen as a brave move when you look at GQ’s target audience:  young, predominantly white make 25-40, aspirational. This lifestyle magazine which Hadley refers to as ‘supposedly classy’ has  a circulation of around…. This is not a female magazine, the kind of place where Beyonce talks about ‘equality’, ‘female independence’ and ‘kicking men’s butts’ after which she’s hailed as the next Germaine Greer. This is a men’s magazine in which a semi-naked female body ensures that the publication appeals to its readership as let’s face it, a pretty face sells more copies than an intelligent argument.

The cynical truth is that maybe she couldn’t escape the confines of that media machine and tried her best to break out of the confines from within. What is certain is that a lot of men will then read the article (which perhaps they might not have done otherwise) simply because she’s on the cover in her pants striking a suggestive pose.

Whatever you think about Beyonce posing in her underwear, the controversy it has created amongst journalists, bloggers and fans has kept the story relevant which is good news for The Guardian and GQ as well as Beyonce. In this over-crowded media landscape debate is healthy and discussion is much more open that in the past but because it is so saturated stars, journalists and also bloggers must shout to hear their voices heard: as the old saying goes these days bad publicity is much better than no publicity at all. Anything is possible – well anything as long as you’re posing in your underwear….

Next post My Top 5 Favourite Fall Shenanigans in Charlottesville, VA 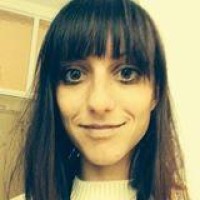