Marmozets are a band on the circuit being marketing as the new guys in math rock, a genre previously dominated by the markedly different Foals (at least their earlier stuff). In light of this, I listened to Marmozets with this in mind and was rather surprised, albeit pleasantly. Marmozets have twisted the notes with the heavier side of this genre hitting regular time changes, interesting rhythmic backing and complex melodies weaving in between.

Hailing originally from a small town outside Leeds, they fit perfectly into the heavy music scene currently sweeping across the North and dominating through the nation (also written about, funnily, in various culture sections of various national newspapers).

Their 2012 EP, Vexed, leaves them with some positive ratings and high class reviews but what really makes it special, as with all smaller bands, is their mass of loyal followers which have allowed them to tour extensively and really follow through after their “big break” (winning a national music competition, giving them the chance to play in the Royal Albert Hall). Which is no surprise; on listening, their catchy lyrics are backed by intricate lines interspaced with heavily distorted and almost clustering riffs on top of the time changes which define this genre. Everything about this screams energy from the contorted, wired-up music to the verging on sing-along lyrics and melodies which are atypically broken up with some semi-scream and harmonised voices. Nothing like a bit of harmonising.

I was going to try and end this with a “for fans of…”, but I’m seriously struggling to think of anything. Spotify suggests Cancer Bats and Orbs. I recommend you listen to them anyway (my favourite is ‘Arrive Alive’) and make an effort to see them if they pop up in your town (tour dates here: http://marmozets.tumblr.com).

Previous post To not be is to be, an analysis of friendship 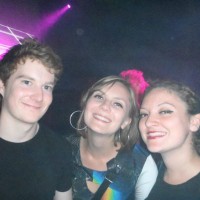